We are proud to honor Fallen K9's and their partners. 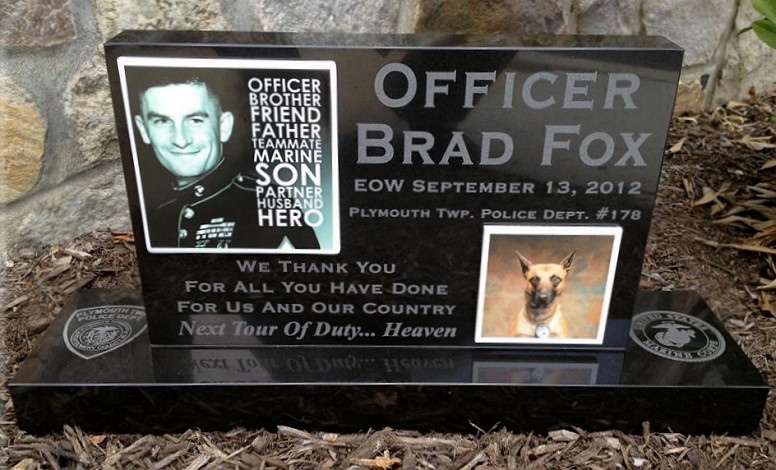 While responding to a call on the evening of Thursday, September 13, 2012, K9 Officer Brad Fox of the Plymouth Township Police Department was tragically killed in the line of duty. It was the eve of his 35th birthday. The five year veteran Plymouth Township Police Officer had recently graduated from the Philadelphia Police Canine Academy with his partner, Nick, a Belgian Malinois. K-9 Officer Nick was also injured in the incident but managed to survive; he was awarded several citations for Service, Bravery and Valor. After recovering, Nick was given to Officer Fox’s family, where he is now deeply loved by Officer Fox’s wife and children.
This Memorial was donated to the Plymouth Twp. Police Department and is on display in Plymouth Twp., Pennsylvania.

Visit our Custom Memorials page for more memorials like Brad’s.

SHOP SAFELY WITH US